Do you use coffee as an energy source to get you through a busy day? Are you trying to avoid the effects of caffeine due to health reasons?

Around 90% of our country’s population consumes caffeine on a daily basis. Much of the appeal of coffee is the fact that it can easily wake you up, and perhaps more importantly, keep you alert. Whether you are searching for an energy boost or solely drinking for pleasure, it is important to understand where caffeine comes from and how to pick a coffee that contains the caffeine amount you desire.

In the most concise explanation possible, caffeine is an odorless alkaloid and psychoactive stimulant that can speed up the central nervous system. In addition to coffee, caffeine is most commonly found in tea, cocoa, guarana, and as an additive for energy drinks or over-the-counter medications. How caffeine affects the central nervous system can vary significantly by individual. Some people may be able to fall asleep immediately after drinking a cup of coffee while others are more sensitive and can become jittery or irritable. Once consumed, it can take forty-five minutes for the caffeine to be absorbed into the bloodstream, and the effects can last up to three hours. 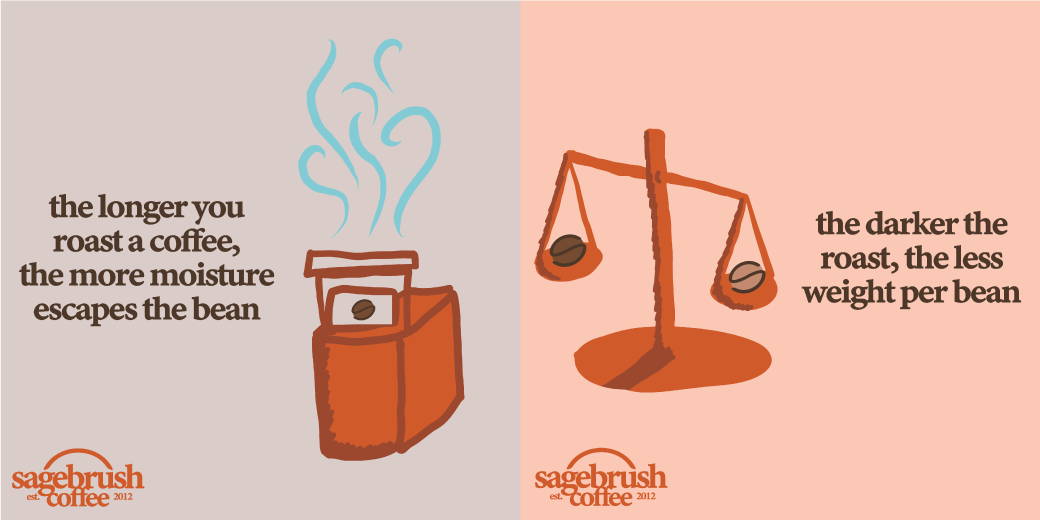 Does the Roast Level Affect Caffeine?

Many factors go into the caffeine levels of a coffee bean: bean type, roast level, and most importantly, the brewing and measuring technique. When choosing a coffee bean, it is essential to start at the source. There are two types of coffee plants: Arabica Coffea and Robusta Coffea. Arabica coffees are of higher quality and the only kind of beans we offer. Robusta beans are a bit easier to farm and contain twice as much caffeine as the Arabica cultivar. As of now, I have not seen any research state if the coffee origin (Africa, Latin America, etc.) or processing method plays a role in the amount of caffeine found in beans.

There is a common conception that dark roasted coffees, with their bold color and robust flavor, hold the most caffeine. A popular opposing viewpoint thinks that a lightly roasted coffee contains more caffeine because it is roasted for a shorter time, thus “burning off” less caffeine. It turns out that both assumptions are incorrect. During the roasting process, coffee’s caffeine content remains relatively stable. What actually changes during the roast is the taste and caffeine level per the beans’ volume and weight. When beans are roasted, they lose some of their moisture and overall mass. Beans that are roasted dark or past the second crack will have a noticeably lighter weight than light roasts. This decrease in mass and density is yet another reason why some people believe dark roast coffees are lacking in caffeine.

How Do You Maximize (or Minimize) Your Caffeine Intake?

Now that we understand that roasting does not affect the caffeine anatomy of beans, how does one determine a coffee that is caffeinated to their liking? The answer is revealed in the next chapter of coffee production – the grinding and brewing process! 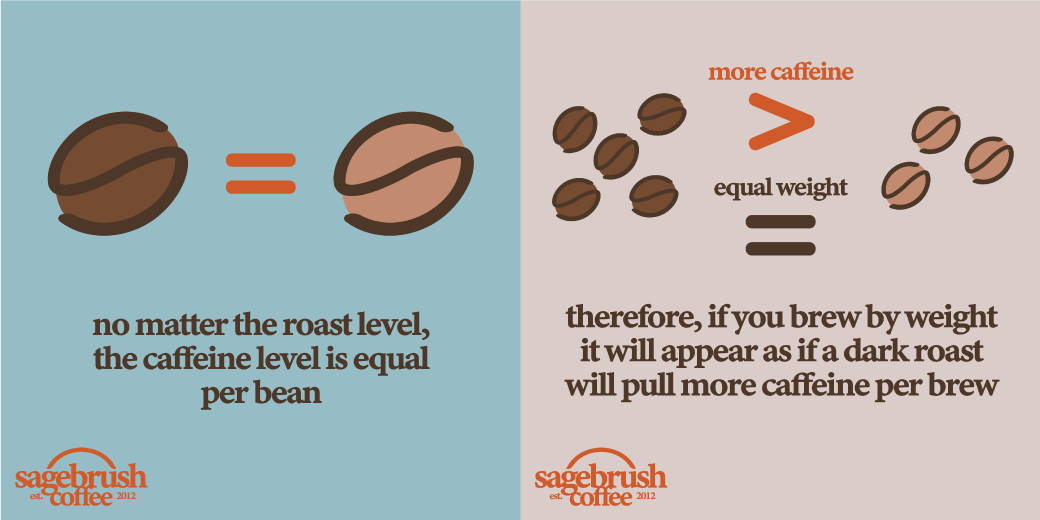 Once you have your coffee measured out accordingly, you can now focus on the grind levels, water temperature, and brew time. Simply explained, the finer the grind, the hotter the temperature, and the longer the brew time, the more caffeinated your cup will be. Now that we have put some of these caffeine myths to rest, you can pick a new favorite coffee, not only based on caffeine content but what roast profile you enjoy best. Want to skip the jitters and brew some decaf? We have got those options too!